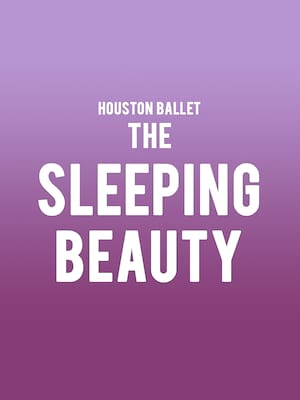 you are feeling sleepy

Houston Ballet is gearing up to perform Ben Stevenson's celebrated version of Tchaikovsky's romantic work, The Sleeping Beauty once more. Inspired by Charles Perrault's original dark fairytale, Stevenson's staging of the ballet was first seen in 1967, at the inaugural opening of the John F Kennedy Center For Performing Arts in Washington D.C.

What is it about?

On the day of her grand christening, Princess Aurora is admired by all in the kingdom, including a host of fairies, ready to imbue her with the virtues she'll need in life. But one fairy was left off the guest list; the evil fairy! Furious, she bursts into the hall and curses baby Aurora, wishing her to die upon her 16th birthday, after pricking her finger on a spinning wheel. But all is not lost, the prominent Lilac fairy, while not able to undo the curse, can adapt it, and instead, Aurora will sleep for one hundred years - until she is woken by True Love's Kiss...

Photo by Roksolana Zasiadko on Unsplash

Seen Houston Ballet: The Sleeping Beauty? Loved it? Hated it?

Sound good to you? Share this page on social media and let your friends know about Houston Ballet: The Sleeping Beauty at Brown Theater.