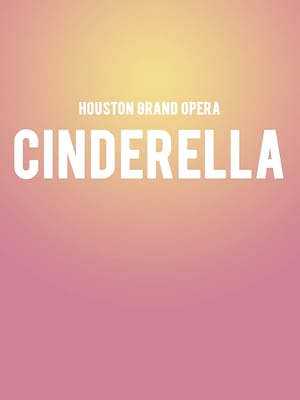 Cinderella is transported to Italy in Rossini's celebrated opera. Also known as La Cenerentola, this tragi-comic adaptation is considered to bear some of the finest writing for solo voices and ensembles. Presented by the Houston Grand Opera as part of the company's 20/21 season, enjoy the HGO debut of Emily D'Angelo as she stars as the maid Angelique in this heart-warming tale of true love and kindness that will enchant all ages.

What is the story of Cinderella?

Angelique (the Cinderella of our tale) spends her life working as a put-upon maid for tyrannical stepfather Don Magnifico and his social-climbing stepdaughters. When an old beggar knocks at the door, their lives are changed forever, for despite appearances, he's a palace envoy in disguise, and he's on the search for a bride for handsome Prince Ramiro when Cinderella catches his eye. When she shows him kindness unheard of, an invitation to a glittering ball at the palace follows not long after. Setting out into the night, she has no idea that she's heading for the adventure of a lifetime.

A little different from Disney's well-known adaptation, this opera follows the traditional tale, which dates back to 1697, but can trace its roots as far back as ancient Egypt!

Three hours and 11 minutes with one intermission

Photo by Diogo Nunes on Unsplash

Sound good to you? Share this page on social media and let your friends know about Houston Grand Opera - Cinderella at Brown Theater.