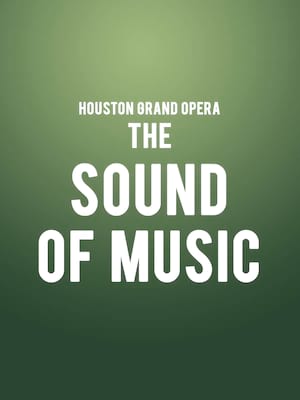 Why See Houston Grand Opera - The Sound of Music?

The Houston Grand Opera end the 2020/21 season on a high note as they present the company premiere of Rogers and Hammerstein's cherished hit. One of the most beloved musicals in the world, let The Sound of Music transport you to the glorious hills of Austria in the years before Word War Two, where one flighty Novice is sent to become a governess to seven very special children. Bursting with some of the most recognizable songs in musical theatre including 'Climb Ev'ry Mountain','My Favorite Things' and 'Do-Re-Mi' among many, many more, don't this wonderful story of love, hope, and perseverance starring Jeanine De Bique as Maria and Michael Mayes as austere Captain von Trapp.

What is the story of The Sound Of Music?

In the heart of the Austrian Alps, a young woman named Maria is in training to become a Nun. Unsure that such a free-spirited soul is ready for a life of pious devotion, the Head Sister assigns her to the role of governess to the children of local naval officer Captain Georg Von Trapp.

As Maria discovers, the Von Trapp children have run off several governesses before her through their mischievous behavior, but with a little love and time (and a lot of singing) Maria begins to win them over. Her kind-heartedness and patience also thaw the gloom around their father, who is still in mourning for his late wife, and the two begin to fall in love. But danger looms on the horizon as the threat of War draws closer, and the with Captain facing the draft into the German Army, the family must find a way out...

Three hours with one intermission

Photo by Thomas Q on Unsplash

Seen Houston Grand Opera - The Sound of Music? Loved it? Hated it?

Sound good to you? Share this page on social media and let your friends know about Houston Grand Opera - The Sound of Music at Brown Theater.