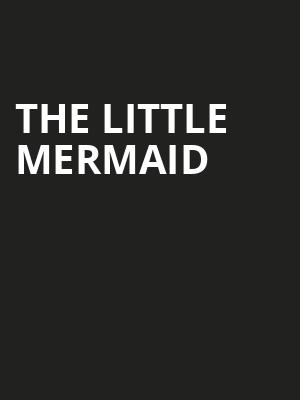 Why See The Little Mermaid?

The home of musical theatre in Houston, Theatre Under The Stars is set to serve up a smorgasbord of theatrical delights during their exciting 2020/21 season. From the hotly anticipated pre-Broadway run of the revival of historical Tony-winning tuner 1776 to disco-dancing nuns, rock and roll and beyond, their latest program promises high spirited nights on the town that won't soon be forgotten. Dive into a beloved fairytale with TUT's holiday production of Disney's The Little Mermaid.

Featuring music by eight-time Oscar-winning composer Alan Menken, as well as all the classic Howard Ashman and Glen Slater songs from the movie ('Kiss the Girl,' 'Under the Sea'), The Little Mermaid is a family-friendly underwater adventure that follows flame-haired heroine Ariel, a lively but bored mermaid princess who feels smothered by her father's hatred of all things human. After sneaking to the surface, she witnesses a disastrous shipwreck and rescues the handsome Prince Eric from drowning. Smitten by the handsome man, she is determined to win his love, and makes a desperate deal with the devious sea witch Ursula to trade her fins for legs (and her beautiful voice), in order to pursue him on land.

Seen The Little Mermaid? Loved it? Hated it?

Sound good to you? Share this page on social media and let your friends know about The Little Mermaid at Sarofim Hall.