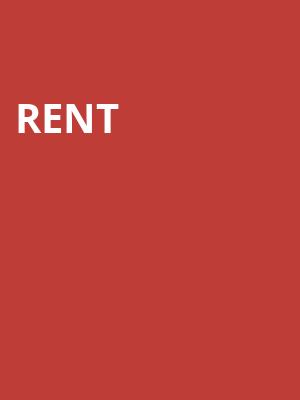 The Pulitzer-winning musical live on stage!

No Day but Today!

Don't miss this local production of Rent, one of theater's most vibrant, bold and important musicals! The winner of four Tony Awards and the Pulitzer Prize for Drama, Jonathan Larson's seminal musical is a fearless portrait of a HIV-stricken group of New Yorkers, set to a propulsive rock 'n' roll score. Driven by an energetic pace that never lets up, Rent is overflowing with great songs and characters, and ultimately forms an electrifying portrait of life and love flourishing in the face of adversity. It's one of Broadway's best-loved musicals, and it's coming to you!

Rent originally opened amidst tragedy in 1996, with its author Jonathan Larson dying unexpectedly just hours before the show's Off-Broadway premiere. The huge acclaim which greeted his creation ensured his place in theatrical history though, with Variety calling it "the best show in years, if not decades". Rent was subsequently adapted for the screen in 2005, with many of the original Broadway cast, including Idina Menzel, Taye Diggs and Anthony Rapp, reprising their roles.

WHAT IS RENT ABOUT?

Like its inspiration, Puccini's La Boheme, Rent follows the lives of a band of bohemians who are struggling to keep their heads above water. In this version they're living in modern day New York, and the oppressive spectre of HIV/AIDs, rather than tuberculosis, hangs over them.

The starving artists include film-maker Mark, whose girlfriend Maureen has left him for another woman, and his HIV positive roommate Roger, who is trying to write "the" song before dying. Roger is also caught in the midst a whirlwind relationship with S&M dancer and heroin addict Mimi.

The original Broadway production ran for an incredible 12 years and 5,123 performances, making it the tenth-longest-running Broadway show in history!

Loved it. Gave me goosebumps. Amazing voices. You all rocked it!!!! more

Valerie Harris: “If you loved the original, this show is as good as it gets!”

I was lucky enough to see this show when it first came out. I’ve seen... more

Sound good to you? Share this page on social media and let your friends know about Rent at Sarofim Hall.