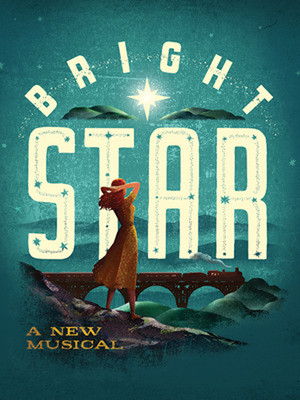 Overflowing with charm, crackling with wit and containing just the right amount of vinegar, Cusack entrances as much with her vocal beauty as with her pungent smart talk.

The sweet Bluegrass musical which captured Broadway's heart heads out on tour. Written by comedian Steve Martin and multi-Grammy Award-winning songwriter Edie Brickell, Bright Star is a winsome delight of a show, set in the Blue Ridge Mountains of North Carolina. Its story centers on a romance between a war veteran and a newspaper editor, who witness their community's long held traditions giving way to modernity. Bursting with fiddles and banjos, Bright Star may have a gentler pace than Broadway's usual blockbusters, but it packs just as powerful a punch.

Bright Star debuted on Broadway in 2016, following try-outs in Washington and San Diego. Praised for its honeyed score, it picked up six Tony Award nominations, including Best Book and Best Original Score.

WHAT IS BRIGHT STAR ABOUT?

Set in the Blue Ridge mountains of North Carolina, the musical skips between 1923 and 1945, as young, aspiring writer Billy returns home from the war. Once settled, he meets the brilliant and melancholy Alice Murphy, editor of The Southern Literary Journal. Together, in this sweeping tale of enduring love, they discover a long-hidden secret, that is sure to change their lives forever.

May be inappropriate for children aged 12 and under.

Images are taken from the Broadway production

L. Bradley: “All the emotions ”

What a fabulous show! Had no idea what the plot was only that it was... more

Saw this on Broadway and loved it! We didn't know much about the plot,... more

Sound good to you? Share this page on social media and let your friends know about Bright Star at Sarofim Hall.