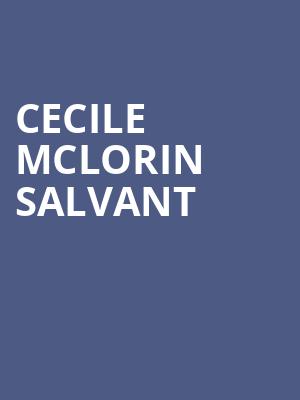 In refusing to pander, either to easy nostalgia or to current trends, she touches on something timeless.

The 2019 winner of the Grammy for Best Jazz Vocal Album, Cecile McLorin Salvant is no stranger to accolades and awards - her inimitable vocal artistry and magnetic persona have not only been awarded two of these Grammys before, but she was also the recipient of the first prize in the Thelonious Monk International Jazz Competition 2010 as well as much critical acclaim across the board.

Calling upon her influences Sarah Vaughan, Billie Holiday, Bessie Smith and Betty Carter, Salvant's brand of straight-ahead, vocal jazz radically sticks to the basics - often only accompanied by a single pianist, she shies away from glossy production values in favor of letting her sonorous, emotionally deep vocal pipes do the talking. Wether gliding over American songbook standards, French cabaret, deep soul, blues or her own bouncy tunes, the songstress is steeped in nostalgia with her sights firmly on the future.

Sound good to you? Share this page on social media and let your friends know about Cecile McLorin Salvant at Cullen Theater.