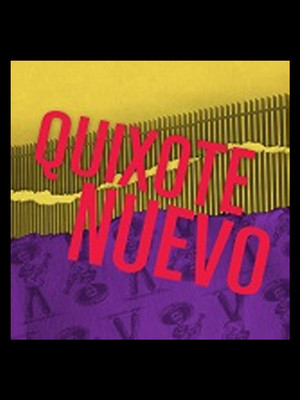 A New Take On The Legendary Spanish Hero

Directed by KJ Sanchez, the head of the MFA Directing program at the University of Austin, and starring Sesame Street icon Emilio Delgado in the title role, Quixote Nuevo transports the action to dusty boarder towns and arid deserts of Texas, where the legendary hero embarks on a quest to reunite with his long lost love. Hysterically funny and infused with mariachi, high theatrics and much poetry, Solis' Quixote is just as every bit eccentric and endearing as the original.

Moved to the music, chuckled and gasped throughout, Cried like a baby at... more

Sound good to you? Share this page on social media and let your friends know about Quixote Nuevo at Hubbard Stage - Alley Theatre.