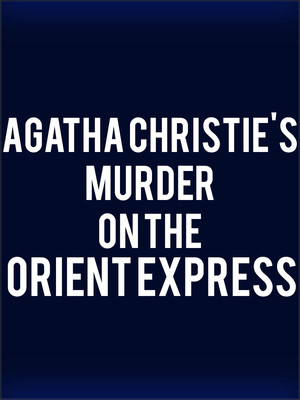 In an Agatha Christie mystery, what counts is that you are having fun watching all of the eccentric characters as they lie their way through Poirot's meticulous and brilliant investigation.

Why See Agatha Christie's Murder on the Orient Express?

Agatha Christie's famed and celebrated Murder on the Orient Express is largely considered to be one of the late writer's greatest works. The intriguing mystery has been adapted across television, film and stage and remains just as thrilling today as it was when it was first published in 1934. Catch the unmissable show this summer at Houston's Alley Theatre.

The story takes us to the 1930s located somewhere between the Middle East and London as detective Poirot is traveling home. His trip is shockingly interrupted by the death of an American tycoon who displays evidence of several stab wounds. With a killer onboard who will solve this exciting whodunnit and bring the murderer to justice?

Adapted by playwright Ken Ludwig, watch a refreshing take on one of the greatest murder mysteries ever written.

Seen Agatha Christie's Murder on the Orient Express? Loved it? Hated it?

Sound good to you? Share this page on social media and let your friends know about Agatha Christie's Murder on the Orient Express at Hubbard Stage - Alley Theatre.