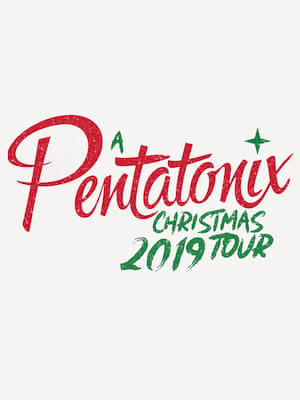 Enjoy a brand new Christmas tour from the world's coolest a capella group!

Pentatonix, the four-piece who found success through NBC's The Sing-Off, have been at the forefront of the recent a capella revival. With record-breaking albums behind them, the kings and queen of a capella jingle across the country with their Pentatonix Christmas tour in support of their most recent holiday album of the same name. Get ready for the festive season in style!

Back in 2014, we saw the group (comprised of Kirstin Maldonado, Scott Hoying, Mitch Grassi, and Kevin Olusola) break records with their festive album "That's Christmas to Me", which became highest-charting holiday record by a group since 1962! Since then the group has gone from strength to strength, even winning three Grammy's, including one for their huge single 'Jolene', which featured Dolly Parton herself, in 2017.

Lisa: “Great show! A must if you love Pentatonix ”

The show was amazing!!! They have really upped the production, lighting... more

Sabrina : “So much talent!”

Go to this show! Pentatonix continues to blow me away!! more

Sound good to you? Share this page on social media and let your friends know about Pentatonix at Smart Financial Center.