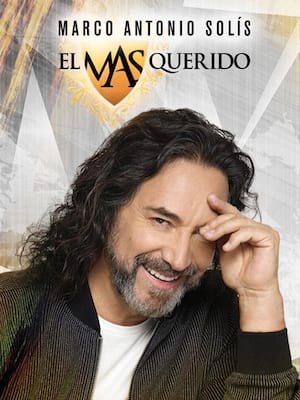 Beginning his career in the pop group Los Bukis, the long-haired, Mexican lothario Marco Antonio Solis has now been making music for nearly half a century! In celebration, he's heading out on the extensive El Mas Querido US tour, bringing the romance to a city near you in 2020.

His phenomenal success has taken him far outside the usual boundaries of Latin music, and in 2010 was immortalized with a star on the Hollywood Walk of Fame. Don't miss him on tour this year as he revisits some of the enduring ballads that made us fall in love with him, alongside new and exciting material!

Suitable for audiences of all ages

Sound good to you? Share this page on social media and let your friends know about Marco Antonio Solis at Smart Financial Center.