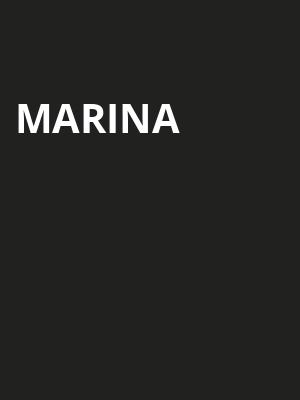 "The likes of Kate Nash and company have flitted through this piano siren/exuberant dance-diva territory, but never mind, because this gorgeous genre starts now."

Marina is set to shine in the US

Indie-Pop songstress Marina Diamandis, formerly known by her stage name Marina and the Diamonds, is set to tour the US off the back of her forthcoming album 'Ancient Dreams in a Modern Land'. You can get your first taste of what to expect with the recently released tracks 'Purge the Poison', 'Man's World' and 'Venus Fly Trap'.

Diamandis brings an ethereal charm and drama to her live performances. In the glow of neon and glitter, she asserts herself as a consummate performer, adept at connecting with her audience with haunting vocals that soar over a bubbly electronic soundscape. A siren in every sense of the word, she marries old-school glamour with the new-school sounds with ease. Expect bubble-gum pop with brains!

Sound good to you? Share this page on social media and let your friends know about Marina at Revention Music Center.