You can catch Gregory Porter at Mable House Amphitheatre in Mableton, showing Jun 19, 2021

Gregory Porter is also touring to: 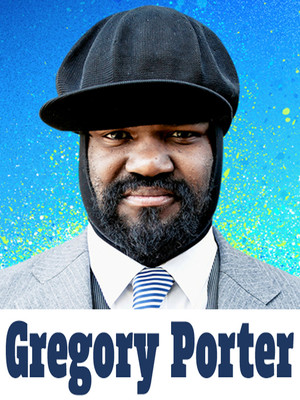 Back On The Road

Gregory Porter is one of the hottest names in jazz. The Californian native, always dapperly attired in his spitfire hat, released his latest studio album "Nat King Cole & Me" in 2017, followed by 2018's "Live At The Albert Hall" and is back on tour in 2020 bringing his melodious voice to fans across the country once more. Always a consummate live performer, Porter's unique brand of finger-clicking compositions and silky baritone have made him a mainstay on the Jazz circuit since he broke out onto the scene with his debut record Water in 2010.

Since 2010, Porter has soared in his career, his debut album was nominated at the Grammy awards for Best Jazz Vocal Album, and he is also an original cast member of the Broadway production 'It Ain't Nothin' But the Blues'.

Gerry Jones: “As absolute perfect as live performance ever gets!”

Last evening's concert was as ABSOLUTE PERFECT as live performance ever... more

Excellent performance by Mr. Porter and his musicians. No gimmicks.... more

Sound good to you? Share this page on social media and let your friends know about Gregory Porter at Revention Music Center.