Sorry! You missed Houston Symphony - Wands and Wizards at Jones Hall for the Performing Arts 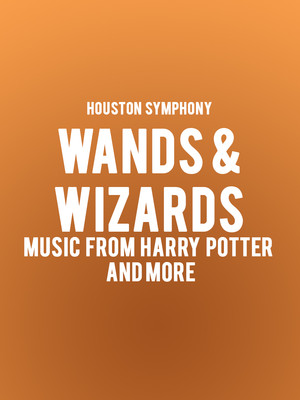 Wands at the ready! Join the Houston Symphony for a magical evening of music that'll get you in the Halloween spirit. Featuring the music of Harry Potter, The Sorcerer's Apprentice and more, all Witches and Wizards are invited - just make sure to wear your very best costumes for the on-stage parade!

A worldwide phenomenon, the Wizarding world of Harry Potter is underscored by its unforgettable music that fills us with a range of emotions. Composed by The scores were composed by John Williams, Patrick Doyle and Nicholas Hooper there is something for everyone - from the iconic Hedwig's theme to the scary tones of the Death Eaters theme!

Photo by Artem Maltsev on Unsplash

Sound good to you? Share this page on social media and let your friends know about Houston Symphony - Wands and Wizards at Jones Hall for the Performing Arts.