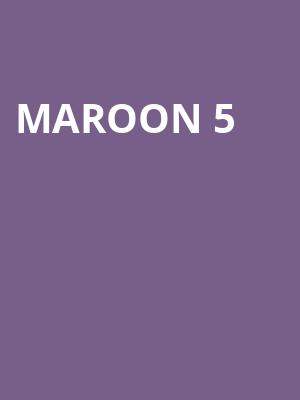 Maroon 5 are readying their leather jackets in preparation for their brand new tour as they ramp up the hype for their yet to be released ninth studio album! The band recently released a single from the ongoing project entitled "Memories" which has hit the Top Ten in seven countries! Meghan Trainor and Leon Bridges will provide support on this mega 41 plus date tour.

Responsible for most of the danceable, infectiously catchy pop mega-anthems of the decade, Maroon 5 are flying higher than ever! Bursting onto the scene in 2002 with debut album "Songs About Jane", the pop-rockers earned the Grammy for Best New Artist a mere three years later. They've since added another two Grammy's to their Awards cabinet, sold more than 27 million albums internationally and achieved gold and platinum status in over 35 countries.

Maroon 5 have electric energy and talent and this is not the venue to see... more

Sound good to you? Share this page on social media and let your friends know about Maroon 5 at Cynthia Woods Mitchell Pavilion.