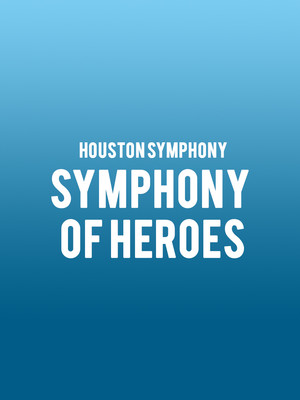 The word superhero often conjures visions of cape crusaders, daring feats of supernatural skill and bad guys with catch phrases and evil plans for world domination. But the real everyday heroes who save lives and really make the world a better place are often forgotten without the help of cinematic spectacle, so the Houston Symphony are shining a light on these first responders, doctors, soldiers and firemen with a special one-night-only concert.

Join special guest conductor Stuart Chafetz and the world class ensemble as they honor America's real heroes with classic scores and songs from the silver screen. With a program that includes themes from Superman, Spider-Man, The Avengers and The Incredibles, amongst other hero movies, its sure to be an action-packed evening filled with thrills and chills.

Sound good to you? Share this page on social media and let your friends know about Houston Symphony - Symphony of Heroes at Cynthia Woods Mitchell Pavilion.