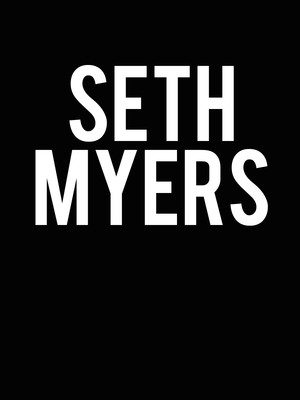 Late Night On the Road

Seth Myers came to our attention as the head writer of SNL, and the host of Weekend Update, anchoring the famous desk for a record-breaking 8 seasons!

In 2014 he moved behind a different desk, taking over Jimmy Fallon's Late Night Show. The show has since flourished into appointment viewing for anyone interested in cutting political commentary and pop culture riffing, with the 'A Closer Look' segment becoming a particular favorite. NBC has already tied Myers down to a new contract through 2021, but he still ventures outside the Rockafella Plaza for occasional stand-up dates. Expect some more personal material alongside Late Night-style dissection when he comes to the stage this year!

Anonymous: “One of the best comedians ever!”

He is one of the funniest guys in the world hands down!! A must see!! more

Sound good to you? Share this page on social media and let your friends know about Seth Meyers at White Oak Music Hall.