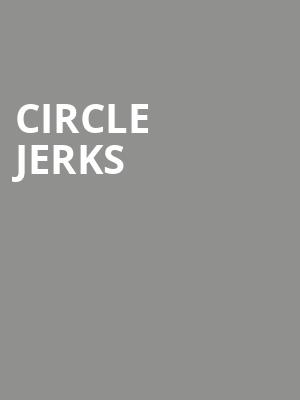 An essential mosh experience from the earliest days of slam-dancing

Hardcore Punk Legends back on the road

Legendary LA hardcore punk band Circle Jerks are back on tour for the first time in almost 15 years. Founding members Keith Morris and Greg Hetson, along with longtime bassist Zander Schloss, have not shared a stage since 2011 so the news is huge for fans. Join them as they take to stages across the US in 2022, with support from 7Seconds and Negative Approach.

Group Sex was Circle Jerks' debut album. Released in 1980, it came barely a year after the band's formation following Keith Morris' departure from fellow punk legends Black Flag. Seen as a pivotal and important recording in the history of punk rock, the album was included in 1001 Albums You Must Hear Before You Die.

Sound good to you? Share this page on social media and let your friends know about Circle Jerks at White Oak Music Hall.