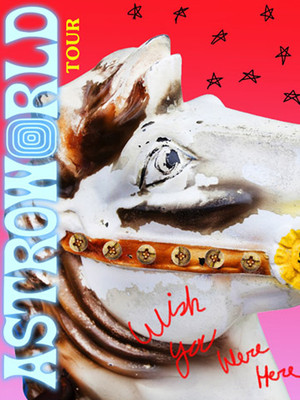 ASTROWORLD - Wish You Were Here tour

The Wish You Were Here tour sees Travis Scott touring across the country in support of his recently released album, AstroWorld. The rapper's debut studio album, Rodeo was one of the 2015's most highly anticipated hip-hop records, building off the buzz from Scott's two previous mixtapes. This third studio album, Astroworld, hasn't stopped his rapid success as it reaches the top of the Billboard 200.

Scott claims AstroWorld showcases some of his "best music yet" - if his previous is anything to go by, then we're in for a treat on this upcoming tour! The album plays on an amusement park theme, and features tracks 'Stargazing', 'Carousel' and 'No Bystanders'.

Joining Scott on the road will be Trippie Redd, Sheck Wes and Gunna along with designer Virgil Abloh who will be at select performances.

Sound good to you? Share this page on social media and let your friends know about Travis Scott at Toyota Center.