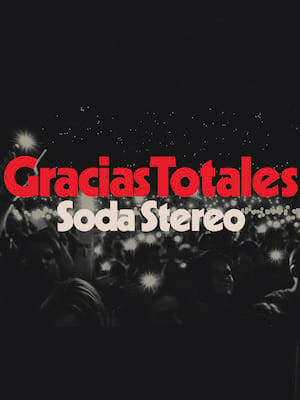 Soda Stereo's members, joined by a roster of special guests via in-person or audiovisual format, will perform some of their timeless hits such as "De Musica Ligera," "Persiana Americana," "Tratame Suavemente" and more.

After more than 10 years, Soda Stereo return to the stage

Legends of Latin music Soda Stereo return with a small North American tour. Originally, the group were a three-piece consisting of Gustavo Cerati on lead vocals and guitar, Hector "Zeta" Bosio on bass and Charly Alberti on drums. The group formed in Buenos Aires in 1982 and released seven studio albums together. Sadly, in 2014, frontman Gustavo Cerati passed away. This tour will be in his honor.

Over 10 years ago, Soda Stereo performed in Miami, this will be their first concert since then so is a must-see for true fans and a way of honoring the band's indisputable legacy. These performances will be Soda Stereo's farewell tour and allow fans to celebrate the group's mark on music, live and for one last time.

Sound good to you? Share this page on social media and let your friends know about Soda Stereo at Smart Financial Center.