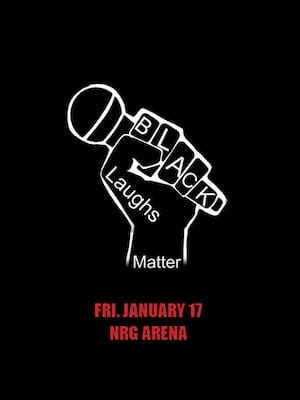 One of the funniest comics currently commanding the stage today, Arnez J. continues to evolve his unique style of comedic skills to new generations

Swing into the new year with an evening filled with belly laughs, gut-busting punch lines and outrageously funny sketches when a host of the country's finest African American comedians descend on Houston's NRG Arena for one special night only in January 2020.

Offering up routines reminiscent of an earlier era of comedy, stand up Arnez J infuses hi improvisational antics with delightful impressions and exaggerations of well known celebrities as well as the energy and physicality of a whirling dervish. He shares the stage with Aries Spears, a New York performer with an aggressive, no-holds-barred sense of humour, quick wit and winning charisma. Tommy Davidson, Benji Brown and Carmen Barton round off the bill.

Sound good to you? Share this page on social media and let your friends know about Black Laughs Matter Comedy Tour at NRG Arena.