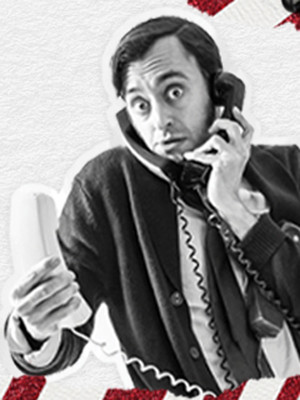 A hilarious and delicious comedy, featuring over 40 characters brought to life in the hands of one man.

Becky Mode's Fully Committed follows the life of overworked restaurant reservation worker and out-of-work actor Sam Peliczowski. The play opened Off Broadway in 1999 and has been revived since. The Hollywood Reporter described the story as a "one-person one-act about the ridiculous faddishness of upscale foodie culture."

The play delves into the unseen world of an upscale New York restaurant and all of the unexpected craziness that comes with it when you work behind the scenes. In 2016, the play received a Drama Desk Award for Outstanding Solo Performance and was named as one of Time Magazine's Top Ten Plays of 2000.

Approximately one hour and 30 minutes

Sound good to you? Share this page on social media and let your friends know about Fully Committed at Neuhaus Stage - Alley Theatre.