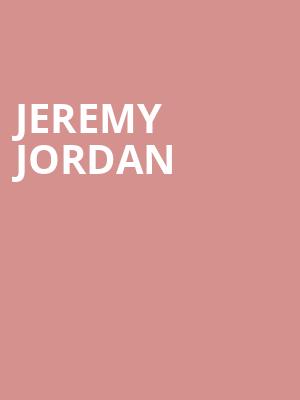 Jeremy Jordan's talent is undeniable. As he sang through a variety of taxing songs he seemed to do so effortlessly. The tone and depth to his voice is amazing, as is the passion and emotion he puts into each song.

A Night with Jeremy Jordan

As a star that has shone on both screen and stage, Jeremy Jordan has made his name as one of the foremost musical theatre stars of his generation. The actor will re-create some of his best performances as he plots a series of live dates this year. Expect incredible renditions of everything from classic musical theatre to modern favorites!

Jeremy first entered Broadway in the show Rock of Ages in 2009 before landing a starring role in West Side Story. Since then he has gained a Tony Award nomination for Best Actor and a Grammy Award nomination for the Newsies cast album. He also received the Theatre World Award for Outstanding Debut for his performance in Bonnie & Clyde.

The night will feature a behind-the-scenes look into Jeremy's life as well as wonderful performances.

Sound good to you? Share this page on social media and let your friends know about Jeremy Jordan at Jones Hall for the Performing Arts.