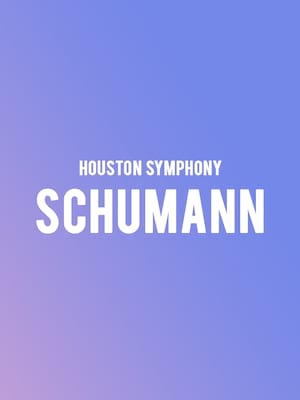 The Houston Symphony presents an extra special festival celebrating the masterpieces of Robert Schumann. Spanning across the month of February, the Schumann Festival will feature some of the composer's greatest works being performed by some of the world's most talented musicians, including, Alisa Weilerstein and Benjamin Grosvenor.

The Schumann festival will also feature a range of lectures and gallery tours all about the special composer!

Sound good to you? Share this page on social media and let your friends know about Houston Symphony - Schumann at Jones Hall for the Performing Arts.