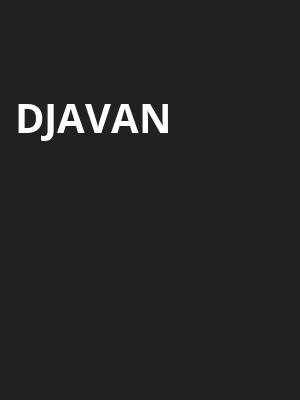 Djavan's songs have the catchy, uplifting melodicism of the best Brazilian pop, and the audience's large Brazilian contingent sang along happily.

Djavan is an international superstar of Brazilian music for more than 30 years, with 19 hit albums, an outpouring of classic songs, and countless awards to his credit. He is recognized by critics, fans, and musicians in Brazil and far beyond as a leading singer/songwriter with an instantly recognizable style. Don't miss the Latin Music icon when he hits US shores on his latest North American tour.

Meeting at the crossroads of jazz-influenced Brazilian pop and glossy American pop, Djavan's percolating pop-funk hybrid comes together under the crooner's earthy voice, Portuguese lyrics and syncopated melodic lines that just won't get out of your head. Unafraid to get political, the icon has touched upon topical and historical issues in his songs, from apartheid to the destruction of the Amazon rainforests. When on stage Djavan calls to mind Brazilian showmen Gilberto Gil and Caetano Veloso, rallying the crowd with a veteran sense of calm and inviting geniality.

Sound good to you? Share this page on social media and let your friends know about Djavan at House of Blues.