Sorry! You missed Banks at House of Blues 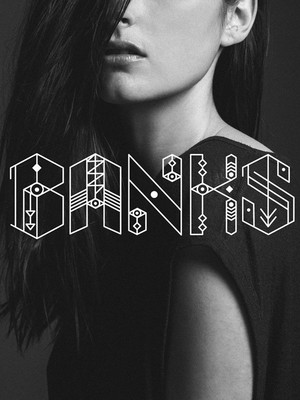 BANKS is back with her brand new album III

Jillian Rose Banks aka BANKS has won herself a strong fan following with her soulful blend of soul and R'n'B, which has drawn comparisons with Aliyah, Ellie Goulding and Fiona Apple. Breaking out with her debut single Before I Ever Met You on Soundcloud, it was given primetime airplay in the UK on BBC Radio1, with her extended EP Fall Over following shortly after. Her first full debut album Goddess was released in 2014 to positive reviews. She also received nominations for awards including the Sound of... award by the BBC and a Brand New Nominee by MTV in 2014.

BANKS is back for 2019 with her third studio album... III! In celebration of her aptly named record, BANKS is also hitting the road for an extensive set of dates this fall. Don't miss this soulful singer as she brings her ethereal pop to your town!

Seen Banks? Loved it? Hated it?

Sound good to you? Share this page on social media and let your friends know about Banks at House of Blues.