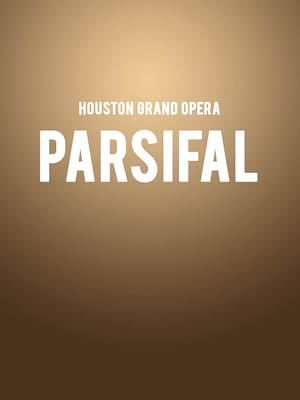 The Holy Grail of opera

Tapping into the famed tales of Arthurian Knights, Wagner's final epic Parsifal took the composer nearly a quarter of a century to write and is considered his most magnetic work. A heady mix of adventure, philosophy, religion, and enlightenment, he meant it not as an opera but called it 'A Festival Play for the Consecration of the Stage'. Houston Grand Opera delivers a star cast including Russell Thomas and Christine Goeke as they stage this rare, yet powerful work as part of the 20/21 season.

What is the story of Parsifal?

Amfortas, the ruler of the Grail Kingdom, the home of the Holy Grail, has been gravely wounded by the magician Klingsor. According to the mysterious Kundry, he will only be healed by a 'pure fool', enlightened by compassion.' Enter the innocent Parsifal, a young man with a hell of a journey ahead of him.

Photo by Nik Shuliahin on Unsplash

Sound good to you? Share this page on social media and let your friends know about Houston Grand Opera - Parsifal at Brown Theater.