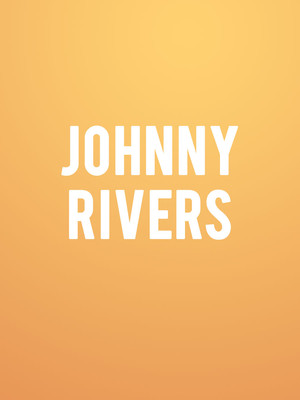 The versatile bluesman is live!

Since forming his own band at the age of 14, bluesman Jonny Rivers hasn't looked back. Taking the charts by storm back in  the early 1960s with hits such as 'Secret Agent Man' and 'Seventh Son', Rivers even managed to hold fast during the wave of Beatlemania, with his 1964 record 'Johnny Rivers at the Whisky a Go Go' reaching number 12 amongst the tides of the British Invasion!

A frequent collaborator, he has shared stages with acts such as Eric Clapton, Paul McCartney and Tom Petty. As one of New Orleans' most celebrated sons, his ability to cross genres such as blues, rock'n'roll, pop and folk has kept him in demand over the years, one he feeds with 50 to 60 live shows a year. A true legend, don't miss your chance to see Rivers take to a stage near you this year.

Sound good to you? Share this page on social media and let your friends know about Johnny Rivers at Arena Theater.