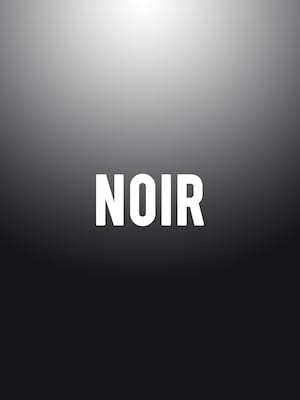 As a songwriter, Sheik crafts richly melodic and thoughtful songs that seep into your consciousness with the greatest of ease.

Grammy and Tony-winning composer Duncan Sheik (Spring Awakening) unveils his latest project - a brand new musical with Broadway ambitions making its premiere at Houston's Alley Theatre in the winter of 2021. Produced in collaboration with New York-based theatremaker Kyle Jarrow and Tony, Obie, Drama Desk and Outer Critics Circle Award-winning director Kyle Jarrow, Noir promises imaginative storytelling and compelling music, augmented by the use of an on-stage foley artist, which conjures the atmosphere of the radio plays and film noir of old.

Noir follows character Kevin Mambo, who becomes a recluse after his lady love Scarlet leaves him for another. At first, he finds solace in the music on the radio, but when a new couple moves in next door they become the center of his fixations. Through the thin walls, he overhears their troubles with a loan shark as well as an affair the wife is partaking in, and as his obsession grows, his story becomes ever more entangled in theirs.

Seen Noir? Loved it? Hated it?

Sound good to you? Share this page on social media and let your friends know about Noir at Hubbard Stage - Alley Theatre.