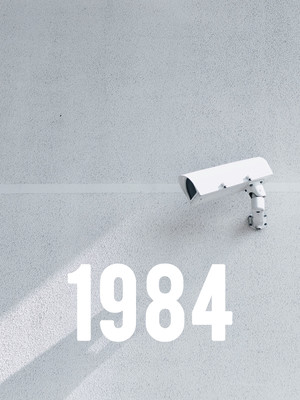 Sullivan does an exemplary job of distilling1984's political essence...to clear a path for its trenchant, and still sadly undated, critique.

"It was a bright cold day in April, and the clocks were striking thirteen" - so begins George Orwell's classic of speculative fiction, now coming to the Hubbard stage as part of the Alley Theatre's 2019/20 season. Adapted into this riveting stage production by Michael Gene Sullivan and directed by Bob Melrose, follow the fortunes of Winston Smith as he seeks to express his own identity in a society at the mercy of constant surveillance.

Startling prescient, 1984 may be a work of fiction but its nightmarish premise is instantly recognizable today. In watching Winston fight to escape the eye of the omnipresent Big Brother, it is not hard to draw parallels with our own hypervigilant time. Don't miss your chance to experience Sullivan's stunning vision of 1984 when it opens in March 2020.

Sound good to you? Share this page on social media and let your friends know about 1984 at Hubbard Stage - Alley Theatre.