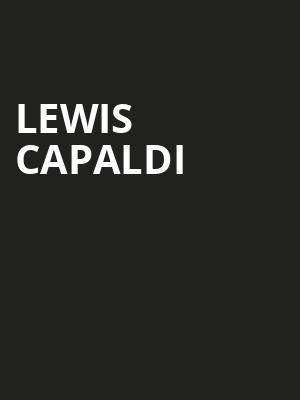 Capaldi's voice - a gravelly powerhouse that manages to evoke the 22-year-old's natural charisma even on the weepiest of ballads - is key here, but he has songwriting chops as well.

When you close your eyes and first listen to the soulful lament of Lewis Capaldi's baritone vocals, you may be surprised to find that the man behind the voice is a 20-something Glaswegian whose dedicated social media lampooning has earned him the nickname 'The King Of Memes' (if you don't believe it, check out his hilariously insightful Instagram highlights). Catch him as he brings his smash hit songcraft to North America!

broken by desire to be heavenly sent

His most recent album, Divinely Uninspired to a Hellish Extent, gave Lewis a headstart in 2020. Bagging him a Grammy award nomination, and four Brit Award nods, two of which he took home, including Best New Artist and Song of the Year with 'Someone You Loved'. The album saw incredible success and Lewis plans for his brand new album 'Broken By Desire To Be Heavenly Sent' to do the same thing. This album won't be reinventing Lewis' wheel, why change something that isn't broken? Instead he will keep the same sound and same emotional songs that we've all grown to love.

The juxtaposition between self-deprecating humor and the emotional depth of his songs marks him apart from other pop singer-songwriters, so it's no surprise that his 2017 breakthrough single 'Bruises' amassed 28 million streams upon release, making him the fastest ever unsigned artist to do so on Spotify. After major label courtship, the mischievous music maker released his debut EP Bloom, quickly followed by the 2019 release of his debut album Divinely Uninspired to a Hellish Extent, a critically lauded journey which has already drawn comparisons to the rapid ascent of Adele.

This guy sounds awesome! Had a great time at the concert more

I love this kid and kept hearing how he sounds the same live as on his... more

Sound good to you? Share this page on social media and let your friends know about Lewis Capaldi at 713 Music Hall.